Shaun McManus will be playing his 200th game this Sunday.
He is the type of player that supporters love. There is nothing left when Shaun plays, he gives it all. One thing I have noticed this year is how he really wants to win. You may think that is an unusual thing to say, because don’t all players want to win? Yes, but it appears to me that when things get tough, and a game looks like slipping from Freo’s grasp, Shaun’s workrate goes up another notch. Maybe this is why when Freo loses a game, Shaun comes up as one of the better players.

He has lots of experience in losing sides, having been club captain during the disasterous Drum years. He faced up to the scathing sports reporters week after week.

Now, he is starting to have some success. Despite our poor start to the season, we are getting some good players back, have had our first win, and there is every reason to think we might justify our pre season premiership aspirations.
Would there be anything better for a Freo fan that seeing Shaun jump up on the stage and help lift up that cup?
The cheer for him if he recieved a premiership medallion would be the loudest of all, except perhaps Parker, who would recieve equal appreciation.

One of my favourite players, and a trule genuine and nice guy.
One of the many reasons Freo supporters love their team. 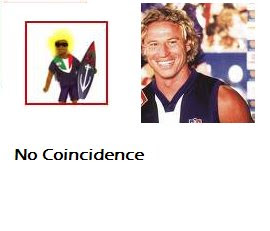