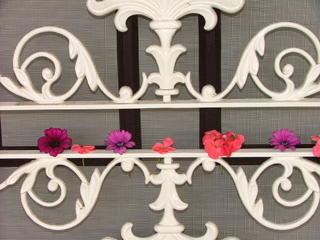 My house is a revolving mess at the moment. We are in the process of getting it ready to sell. Anyone who knows my wife, knows it is a pretty house, and presenting it well is very important to her. What this means is that for the past 5 days I have been moving furniture around the place, to make way for new carpet, floor polishers and carpet cleaners, hence the revolving mess. This on top of my normal pastoral work.
Sometimes my life feels that way too, in a continuous state of flux and mess. Thank Jesus that He has given us a purpose and a goal. Strange thing is we dont always, or even often, know what the exact end of that goal will look like. Maybe if we did know what God had in mind, it would scare us too much and we would not start. I am aware that God has called us to be missionaries in the Bedford/Inglewood/Bayswater/Dianella area. We believe God wants us to be in the area He has called us too. This has not been an instant thing, in fact God has changed me over the 11 years or so I have been pastoring at Bedford. I want to give more to the Community, not less.
If you get a chance, pray that God will find us a house to move into and reveal this to us. It is stressing us both out, and our beautiful kids. We have not found a house yet. Foolish faith? No, we don’t think so. Instead we think we are acting on what God has said, and waiting for Him to say a little more.

What do these two terms mean anyway? I have a number of friends and aquaintances who are heavily involved in the Emerging Church movement. I respect greatly what most of them are doing.
However I do have an issue with what it might seem is an “exclusive” style of Philosophy and methodology in what they are doing. I struggle with some who seem to have thrown out the expression of the church as it is now, while still relying on it for support. It has been really encouraging though to see some, who are embarking on such works, also working alongside with and encouraging the work of more ‘regular’ expressions of Church.

This is why the article Brian Harris has written in the latest Advocate (WA Baptist Newspaper) is so ‘on the money’, in my opinion. http://www.theadvocate.tv/ADV1005.pdf
Brian advocates a ‘lets do both’ approach.

At Bedford I would like to think we are both heavily Incarnational and Attractional. We provide wondeful Community services, such as Toddler Jam (childrens ministry), Counselling, Welfare. But this is because we have a solid church base to support them. We also stress the need to be incarnational in our lives, be a Christian where you are.
People need support and encouragement to be incarnational. Christians need an attractive and relevant program to disciple, train, exhort and encourage them and their children.

I wonder if as time goes on what will be most valuable about the EC movement is not the communities it establishes, but the much needed redress it challenges the local church to embark upon.

Great Sunday morning at Church, real sense of God saying something to us all about trust, hope and joy, in the midst of our own confusion. I used the verse from 1 Corinthians 13 about us seeing things only in part. Its not always easy or clear this side of eternity ‘what on earth’ is going on.
Melinda and I have been reminded of this is our frustrating search for a home closer to our mission field.

Ponting doing well after Gilchrist hit a quick fire 30. I think in Adam we have seen the best one day batsman ever.
Also good to hear the mighty Dockers have cruised to an easy victory over the serial chockers, West Coast, in the London Derby.
“The Dockers took a more inexperienced side into the clash, but dominated the middle stages for their 13.12 (90) to 11.7 (73) victory in front of nearly 19,000 fans at The Oval”
http://afl.com.au/default.asp?pg=news&spg=display&articleid=233810

And apparently there were a number of fights and melees, particularly in the third quarter with Chad Fletcher throwing a punch, but like most of West Coasts efforts this year, missing the mark.

“The third quarter was played with a marked increase in intensity, with one huge melee at the 13-minute mark and further spotfires throughout.” http://news.ninemsn.com.au/article.aspx?id=66423

Its always good to beat West Toast, even if its a meaningless game, played half a world away, with half your team missing.

For those of you who have not heard of Rob Bell, he is probably the best speaker I have ever heard. The way he brings meaning and life to scriptural principles is awesome. In my view, one of the biggest sins a preacher can commit is to bore their audience. How can the great stories found in the Bible be boring? Only if we are slack.

Listen to some of Rob Bell http://www.mhbcmi.org/listen/index.php or go to his ‘nooma’ site www.nooma.com for some excellent 9-11 minute presentation videos which are just superb, well done, sermon vignettes.

Well I am online at last. After reading some other blogs online, such as http://www.backyardmissionary.com/ and www.philbaker.net I have decided that maybe there is a spot for my musings as well.
If you are visiting for the first time, post me a comment. 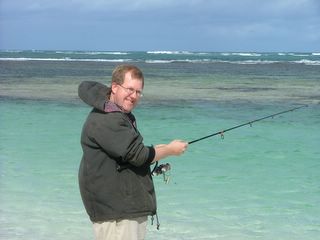 Cervantes, one of my favourite spots to get away. Pulling in some Herring

Entitled “Vegetable Soup”.
After unsuccesfully putting in a offer on a house nearer the Church, and being really dissapointed by the buyers taking it off the market, I felt that I should speak about how even when we dont know what is going on, God does. Sometimes life feels like a vegetable soup, all mixed up and the details are hard to distinguish.
If you want to know how it ends, see you at Church on Sunday 🙂