I conduct funerals on a semi-regular basis. People from church, friends and friends of friends….I have also attended many as well. 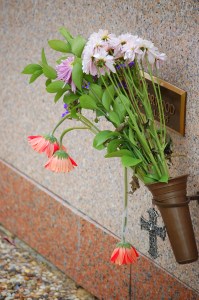 One thing that strikes me is the variation in honesty and frankness at a funeral.

Some people were not nice, and despite a veneer of respectability, they were mean, selfish and bad parents. But it is so much more complex than that. Different children can describe the same parent in such a vastly different way, it is astounding…and almost monotonously regular.

One funeral I conducted was fascinating. The middle aged children sat down to talk with me about their mother. After many moments of awkward silence, they came out with it. She was not a good mother. She loved horses to the exclusion of her kids. Sometimes the children would be waiting in the rain to be picked up, sometimes for hours, because mum was down at the stables.

Interestingly, speaking to me was quite cathartic. They were then able to share some of the good things about their mum. There nearly always is something good, something we can laugh about together. I try to give freedom to laugh at a funeral, particularly if there is tension and unsaid things.

What has made me uneasy is when the person is celebrated as a ‘good bloke’ when in fact he cheated on his wife, numerous times, got drunk…a lot, and there where whispers of things in the family which are awful such as abuse. Something I am learning is the art of telling the truth, but in a gracious way that people are not offended, but still understand what you are communicating.  The alternative is to be totally frank and offensive, or dishonest. Telling the truth but in love and respect. I like to think it gives people the opportunity to celebrate what was good, while not hiding what was not. None of us are perfect. Forgiveness is about letting go of that hurt that may have been inflicted on us. Denial is suppressing the truth and pretending awful things never happened.

Either way, a funeral is nearly always a time when you discover lots of things about the person which you had not known before, even if you had lived with them for 40 years! Because we all have different perspectives on people, depending on how they treat us. It is a time for relief, for joy, for sadness. Its a time to understand regret and pain, and let it go.