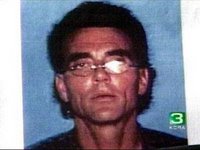 I should be a sub editor at the West with a byline like that.
But I am glad I dont live in the good old US with Pastors like there two as contemporaries.

First Congregational Church has been on Main Street in the middle of the town of Ripon for almost 90 years. But what no one in the congregation knew was that the church had been sold for $500,000, and more than $450,000 was sent to a fraudulent bank account, according to authorities.

The Rev. Randy Radic was arrested and faces charges of embezzlement and forgery.

“He was pastor there for 10 years. He gained their trust. They said he was a good pastor. They got a lot out of his sermons. And it was just a complete shock,” said Ripon Police Department spokesman Danny Sauer

Today the 78-year-old pastor faces what could be the most difficult test of his career. A former parishioner, Mona Brewer, has alleged in a lawsuit filed in August that Paulk forced her to have sex with him and others—including visiting charismatic preachers

Pastors are called to a higher account, in my opinion. You cant be a spiritual leader, and abuse your position and authority in such a wicked way. We are all sinful, and pastors have feet of clay like anyone else. So pray for your pastor!

One thought on “Adultery, fraud and Pastors”