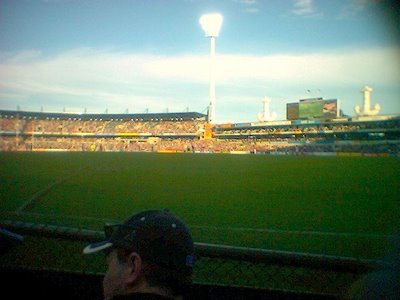 Neale Danniher, coach of the defeated Melbourne Demons, has come out and said that the home town crowd at the Freo Melbourne game was a major reason why Freo beat Melbourne.

Certainly crowd reports from the game indicate that this was the loudest crowd we have had all year. It was a record crowd for a game between Freo and Melbourne.
Maybe it was also the fact that Freo played really tight hard footy for four quarters. Maybe that is why the crowd was so appreciative.