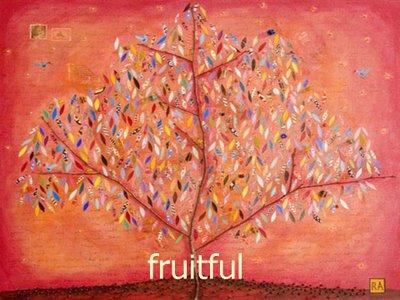 Saint Gaz has a discussion about church and business. Rather than hijack the thread I thought I might post some of my own thoughts here.

One statement he quotes is from Barna,
“As corporate models have flourished in ministry the church in North America has lost ground both quantitatively and qualitatively”

In 2004 I visited many of the church in the North West of America and saw flourishing churches, both “quantitatively and qualitatively”. In fact these churches were seeing their communities changed, and their own sense of spirituality revitalised after decades of spiritual apathy. Both I and the Pastors I travelled with believed we were seeing a quiet revival going on in churches that had got sick of coming up with more spiritual platitudes to justify decline. These were real churches, and real people both becoming Christians and having their spiritual purpose defined in more healthy models. Everyone defines reality from their own experience. I am drawing on my own experience at speaking with and witnessing these things going on, and not just in one type of church, but in churches from a Willow Creek Model to a social justice and welfare model. The common denominator was a change in organisational structure. One best defined by me with the word ‘purposeful’.

Within Baptist Churches in WA, as far as I can tell, the old model of church governance was based on mistrust. The stories I heard about, even as a child growing up in a Baptist Church, were embarassing. Embarassing because Christians should not treat one another, or anyone, with such disrespect and mistrust. Those who were appointed as leaders were not allowed to lead, but were the first to cop it in the kneck when things went ‘pear shaped’. The Model that Paul Borden has introduced into WA Baptist Churches is based on trust and is in my view much more biblical and allows for spiritual freedom. I have seen it work in my own church. Last year we had more people become Christians than in my first 11 years of ministry there. We also saw some apathetic and controlling Christians leave, which was sad. Either way, adopting a more “business like” approach has forced us to be more serious about what is the most important job in the world, leading people to Christ, and helping people develop deeper spirituality.

The model of being purposeful and expecting people to perform (or bear fruit if you want to use spiritual language) has much more integrity than what I have seen demonstrated in churches in the past. Where we are all just nice to each other, even when people are just being sinful and lazy.

I don’t know how you overcome spiritual apathy without some sense of accountability. I certainly see that in Jesus’s ministry. In fact many contemporary business principles appear to have their origins in Biblical stories, or at the very least have some parallels.

If what we are on about is the most important aspect of our lives, if our mission really is a priority, then I think it would be plain foolish to ignore structures, strategies, KPI’s.
I believe God will hold me accountable when my time comes, and somehow there needs to be a parallel in this life for us as a church.

With all I have said above goes a deep commitment to prayer. Without a healthy reliance upon the power of the Holy Spirit, and His power to change lives, nothing will happen. But this does not excuse us of our role and obedience, or deny the reality that some leaders are more skillful than others.

In reference to some commentators who do not like the excesses they see within some denominations where the Pastor is an autocrat and there is no accountability, neither do I.
In the model I advocate, the person most accountable and responsible is the Senior Pastor. He/she must come up with a yearly strategy with goals included. This must be distributed to all the members, who themself are accountable to the Pastor to help. If the goals and strategies are not achieved, everyone will know about it, and there needs to be accountability. In other words the Pastor is held accountable.
Also if the goals and strategies are achieved, there should be rejoicing over that.
This system requires mutual accountability. The pastor is responsible to the right people, but also has the authority he/she needs in order to be creative and free to see the goals achieved.

In all our discussion of these things I think there is much confusion and misunderstanding on both sides.