(Warning…may be boring for those not interested in cars!)

I did say on my last car related post that the next modification would likely be a UHF…..and so it is.
I attended the Perth 4WD show in hope of getting a inexpensive UHF…and I did. Spoke to the manager at the Malz stand and we struck up a deal.
I wanted the Uniden UH7700NB and a good 6.5db antenna. The UHF was cheap enough at $250, but the antenna was the most expensive one they had at $129 (Uniden AT870). The manage sold them to me as a package at $270, so I was pretty happy with that. 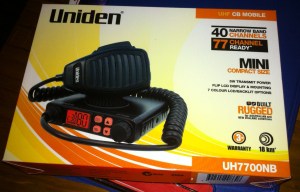 The 2006 onwards Grand Vitaras have a nice little flick open coin slot. I needed to take apart the dash to get it out, but it was not too difficult. Then I cut out a decent section of the back panel on the slot which allowed the UHF to fit in there and the flip open lid to shut. 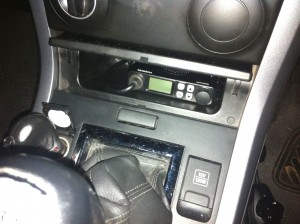 I needed to buy a special bracket to fit on the oversize standard Suzuki Nudge Bar so I could mount the antenna. But I think it looks pretty neat and is certainly strong. 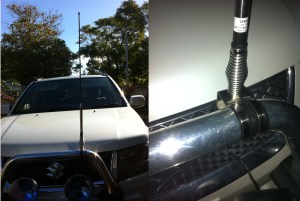 With Melinda and the family driving across the Nullarbor and sometimes traveling with friends off-road, this will be a great tool.

2 thoughts on “Zook gets a UHF”