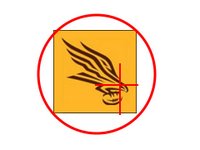 Despite the protestations of some this Sunday’s game against the Hawthorn Hawks should be a walk in the park for the fired up Freo boys.
I would venture to say we are the form team in the competition at the moment, having won our last four games, at least two of which was against top four sides.

Spida Everitt is out, Longmuir is in to help the awesome Sandilands, and so our tough in and under brigade should make short work of the clearances.
With Murphy Pav and Farmer up forward, against the injured Croad, and the fantastic ‘no name’ back line I am pretty confident we will smash them.

ps I am little torn, I dont know who to go for in the Weagles v Saints. My dislike for all things blue and gold is well known, but part of me is still hoping for a top four finish, which wont be helped if St Kilda keeps up its inconsistency and wins this week.

6 thoughts on “Lets do some Hawk Hunting”